So the election is over but the problems persist. Over the past four years America’s foundation rocked just a wee bit more. The solutions are as uncertain and elusive today as they were prior to Tuesday’s historic election.  Whether you care to tout the electoral or the popular vote results the divide is apparent and it remains parked at the intersection of Race and Class streets in every city all over the country. And so it was for our parents before us and theirs before them.

The day after Election Day, Facebook was all atwitter with careless comments revealing how some of our Facebook “friends” really felt … “click”, “click”, highlight “unfriend”… “click” … dammit!. So the “friend” is gone but the mindset still prevails; hovering, like a storm cloud, over all that would make this country great. Comments like, “So we just elected a guy who believes I should go to work so others can stay at home …getting free housing … free food and a fat tax return for doing absolutely nothing!” ruled the day on some posts. Really?! This is what it’s come to?! No, this is how it has been for our parents before us and theirs before them.

We take the liberty of turning a blind eye to these sentiments and trends that are slowly destroying the fabric of this diversely fibered quilt called the United States of America; at times, seemimg to ignore the suffering of our fellow citizen. The founding papers establishing this country were handwritten so typos didn’t exist but in moments like these, I begin to wonder, perhaps our founding fathers suffered with dyslexia … perhaps these United States never were really all that united but untied.  Oh, what a difference little letter order can make. Indulge me for a moment. What if we really were supposed to be the Un-tied States of America? 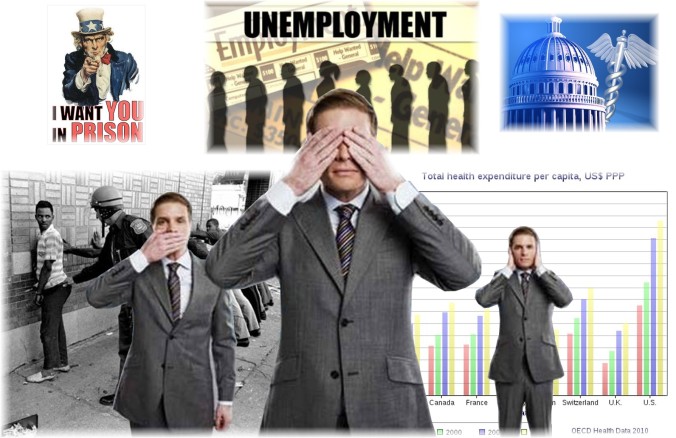 If we were the Un-tied States of America then the institution of slavery and all its offspring, Jim/Jane Crow would make sense; the KKK makes sense; the polarization of Blacks and whites make sense; the schism between the “haves” and “have nots” makes sense; States’ rights vs. individual human rights makes sense. “Othering” and blaming everyone who is not like us – whoever “us” is today – makes sense. But wait, if we are untied, does a “we” or an “us” even exist? Or is it always going to be me preying on you instead of me praying for you? If we are untied perhaps all of this makes sense. But, thanks be to God, “United” wasn’t a typo and it isn’t symptomatic of dyslexia.

We weren’t created to be untied. We were created to be tied up … tight together … united. As the old Bondei proverb goes, “sticks in a bundle cannot be broken”. I am only human because you are. I exist so that you don’t have to stand alone. My voice works when your voice is disenfranchised or otherwise silenced and vice versa. Those of us who believe in something greater than ourselves are called to be our brothers’ and sisters’ keepers. No matter how disparate. In Tuesday’s aftermath, do some people feel they lost something? Sure. Do others feel they won something? Absolutely. Yet, neither side is whole; there is still work to do – and lots of it.

As Dr. King said, “we may have all come (to this country) on different ships but we’re in the same boat now”… and it’s taking on water. Our time is better spent taking the finger of blame we point at everyone else and using it to plug the hole in the boat. We just rehired a captain for this ship on Tuesday and he needs his entire crew. All hands on deck!