A little over 20 years ago Gil Scott-Heron put these lyrics in a song (poem) entitled “Message to the Messengers”. It was primarily directed toward the next generation of rappers (poets) in an effort to help ensure their intentions were not lost in battles over their word choice or the methods of rebellion for change their songs seemed to endorse. It was wisdom shared from an old falling star to the new meteors on the rise. It is in this vein that I share these words with both the old falling stars (50+) and the new meteors rising (18+) in the world of politcs.

While this campaign season has been one of the most ridiculous things I have ever seen, bar none, for the most part this election will be no different than all the others. Without question, there is more at stake but the election process will include the same five groups that every election has had in my voting lifetime.

There will be those firmly planted in either the Democratic or Republican party because they “have always been” and/or they are heavily (in)vested. We will hear from the cynical, wisecracking savants who consider themselves “too smart” and their refusal to be “ignored or taken for granted” by either party. Breaking onto the scene will be the new voter, recently awakened to the world of politics. Some of these young folk will just be glad to be able to vote and will most likely vote for who they “think” will win. Then there will be others in this group who will wave their voter card around like a blindfolded, drunken man with a loaded gun ranting about all of the ills of politics that they can now help “fix”. And last but not least – in what could be the largest group – we have the disenfranchised. Here we find the apathetic; those locked away in prisons; those who were once locked away but are now back in society, yet unable (because of politics, mind you) to vote. Many of these folk have only seen government do something “to” them (Republican)  or “for” them (Democrat) but rarely “with” (utopian) them. From their point of view, government – led by either party – is not only limiting with regard to their ability to progress but also limited in an overall desire to deal with the systemic, societal challenges.

Look, I understand people have problems with both candidates running for President of the United States of America, I promise you, I GET it! But this is so much bigger than disdain for one personality or the other. There is so much more at stake. Our vote is the most powerful right we possess and in this election, in particular, I am worried that my “too smart” and “newly awakened” voting brothers and sisters could unwittingly place the standard bearer of a mindset in the White House that has no problem with the fact it was built by slaves. 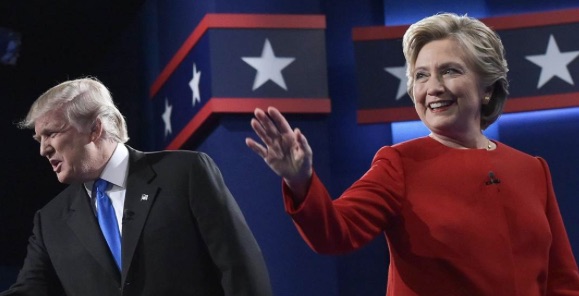 We can ill afford to just register new voters without informing them of the power and responsibility of their vote. We wouldn’t give a newly licensed sixteen-year-old the keys to a car and turn them loose without instruction nor should we give new voters the effective keys to the White House with the assumption they grasp the depth and importance of that right. I am not saying we should indoctrinate but am saying it is incumbent upon those of us who understand the power of the vote, and the political history of this country, to at least try to respectfully educate these new voters.

I hate to speak of Politics as a “game” but it seems to be “played” all day, everyday and as with all games, there are rules that must be learned and adhered to. Does adherence assure you will always win? Of course not. However, it can help ensure you won’t always lose. The fact is in the game of politics you can do more than just win or lose outright. It may sound ironic but you can also “win” by losing (giving something up) or “lose” by winning (refusal to give something up).

In my mind there are only six voting scenarios for every citizen in this election:

Only one of these scenarios assures Donald Trump will not be elected President of the United States. Anything other than a vote for Hillary Clinton is, in effect, a vote for Donald Trump and all votes count… especially after the Presidential election of sixteen years ago.

New voters are too young to remember the Presidential election of 2000. Al Gore and George W. Bush were where Hillary and Trump are now. The same five voting groups I mentioned earlier existed. Gary Johnson and Jill Stein were embodied in Ralph Nader, the Green Party candidate.

According to the 2000 Census, 111,000,000 people voted in that Presidential election; that made up about 55% of voting age population of the entire country. But the election essentially came down to the votes in one state, Florida. When the Supreme Court decided to halt the recount, George Bush was ahead by 537 votes. Florida declared Bush the winner by a 0.00048% margin. I would rather lose by 10,000,000 votes! Oh, and what about Ralph Nader, you ask? Nader got 97,488 votes in Florida and since most 3rd party candidates are to the left of mainstream Democrats, it is safe to assume the majority of those votes would have gone to Al Gore if Nader were not in the race. 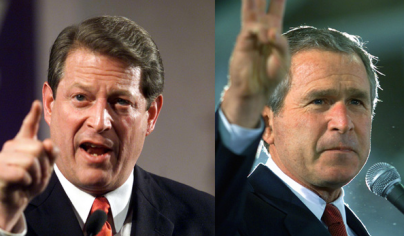 Imagine for a moment that Al Gore won the election. There would have been no Cheney, Rumsfeld or Wolfowitz, no trumped up “weapons of mass destruction” claim, no speculation of whether we were at war for legitimate reasons or simple revenge. There would have probably been more diplomacy and respect. And quite possibly, no war in Iraq.

Sometimes I think the good Lord allows history to repeat itself just to see if we were paying attention and if we learned anything.

So let this serve as proof your vote does indeed count. So, Vote and Vote Smart! #allvotesmatters #votesmart #holdthemaccountable