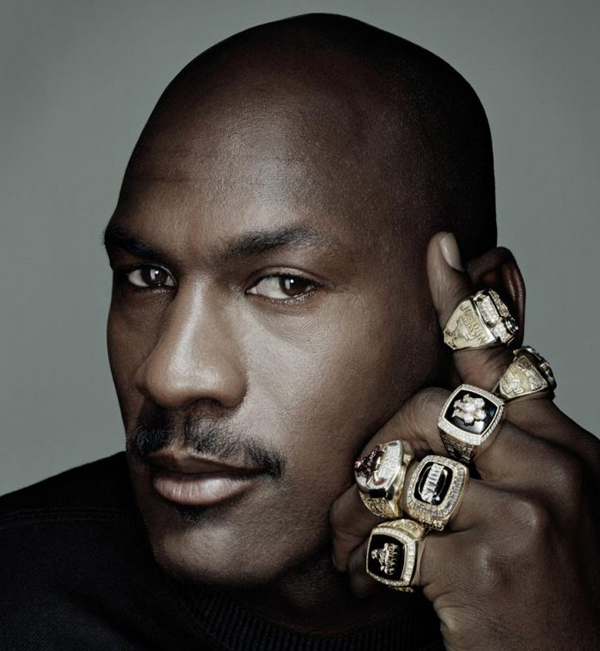 I’m sorry but we just don’t have time to listen to you right now. We’ve been a little too busy burying children…some of whom looked up to you … some of whom may have even dreamt of being “like Mike”.

So many young Black boys see so much of themselves in you. I wonder how many more we’ll lose before you begin to see yourself in them. Remember when you were a little Black, impressionable boy, Mike? Remember when you were Tamir Rice’s age? Trayvon Martin’s age? MICHAEL Brown’s age? JORDAN Davis’ age… hell, two of their first names form your whole name. Remember??

I’m trying to get to your soul Michael. Now I am no advocate for the killing anyone of any color but if I am honest, I find your timing a bit troubling. You wait until after a rash of police officer shootings to say something? Yet the epidemic, the apparent “open season” on Black lives at the hands of police officers didn’t warrant your concern?  I’ll admit Michael, I don’t know your entire life story but I don’t think you have ever been a police officer… but I’m pretty sure you’ve been a little Black boy.

I don’t know, Mike … maybe I’m being too harsh. Perhaps I shouldn’t beat you up because at least you’re on record as having said something. But I’ve got to be honest… I’m not there yet. I can’t help but think – in the shadow of the death of Muhammad Ali less than two months ago – that I can’t put your names in the same sentence. See, Mike, the athletes of those days gone by gave their all and they didn’t have half of what you’ve got in the way of resources but they had double what you’ve got in heart and commitment to social justice.

In the remembrance of the late Muhammad Ali,  Curt Flood, Jackie Robinson and so many other unnamed heroes, I need you to speak up more. In honor of the Jim Browns, the John Carlos’ and Tommie Smiths and all those who used their talent and celebrity to further the cause of the least, the lost and the left out, I need you to speak out, more. For the many whose glory  days were spent in a courtroom, jailhouse or battling the residue of racism that beset their collective spirit, for those who knew they wouldn’t get lucrative endorsement deals because they couldn’t remain silent in the face of those who only loved them for their athletic prowess and damned their politics, I need you to show up, differently.

For all these young Black boys who have died in the streets for whatever reason… whether by the hand of those sworn to protect and serve or by another jealous, misguided young child, who wanted his victim’s “Air Jordans” …I need you to show up more, to say more …to do more…  to be MORE …than a brand.

So forgive me if I don’t rush over to kiss one of your championship rings … there’s work to do. I’m not sure if you are seeing he light or feeling the heat … and while I’m glad you finally said something I really can’t hear you right now. I may get there …but not yet.